Three days after the enemy counterattack and bloody American advance to Dufayel, the 115th Infantry Regiment had been rejuvenated with an influx of replacements. That "black but victorious 11th of July" was forgotten; in spite of having so many untried replacements, the regiment was ordered to push on the next morning. In position by 0330, the officers faced a 1300-yard front, divided by a deep ravine with water in the bottom. The German troopers across the ravine were firmly entrenched in woods and supported by 20mm FlaK guns. At dawn, the order came for the 115th to get moving.
Attacker: American (115th Infantry Regiment and 747th Tank Battalion, 29th Infantry Division)
Defender: German (Grenadier Regiment 985, 275th Infantry Division) 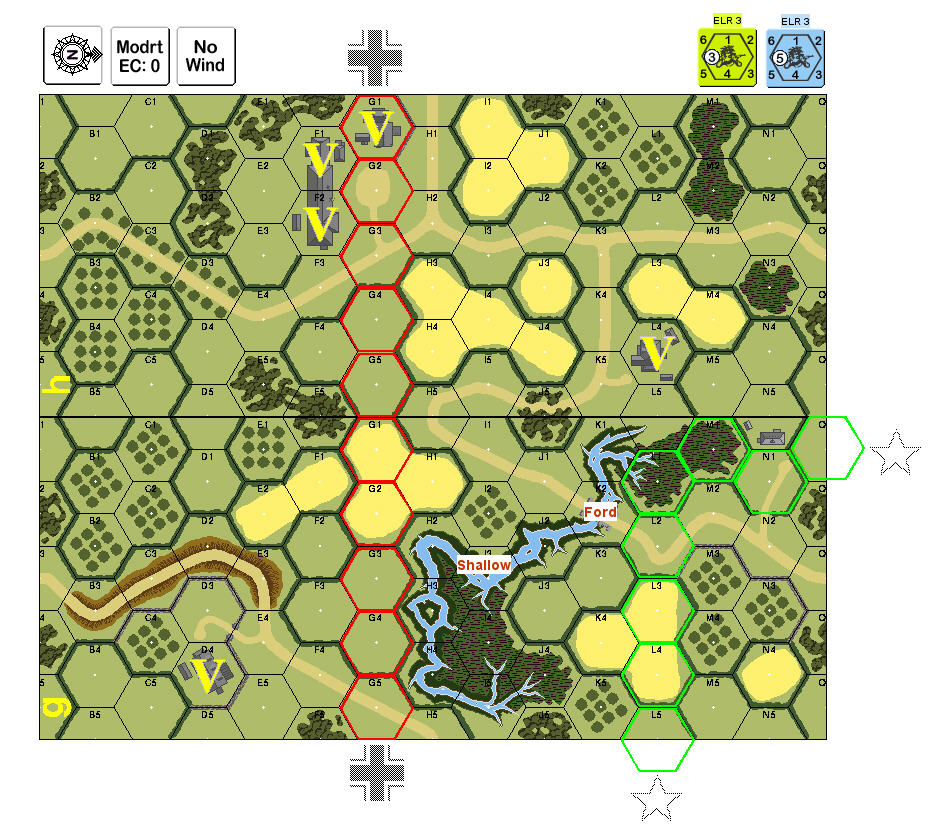