Fighting continued in Benouville and LePort as the British 7th Battalion continued to hold the towns against repeated German assaults. The Ox and Bucks, on the other hand, had been placed near the Caen Canal Bridge as a reserve to the British Airbourne in the event of a German breakthrough. The first major use of the canal bridge was scheduled for approximately 1100 hours when Lord Lovat’s Commandos would cross the bridge to reinforce the remainder of the 6th Airbourne east of the Orne River. In the confusion of D-Day however, Lord Lovat’s Commandos were late.
Attacker: British (7th Battalion, 5th Parachute Brigade, 6th Airborne Division/Companies B and D, 2nd Oxfordshire and Buckinghamshire Light Infantry/Anti-Tank elements, 6th Airborne Division/Lord Lovat's Commandos)
Defender: German (Panzer Pionier Kompanies 2 and 1, Infanterie Division 716, Panzergrenadier Regiment 125, Panzer Division 21) 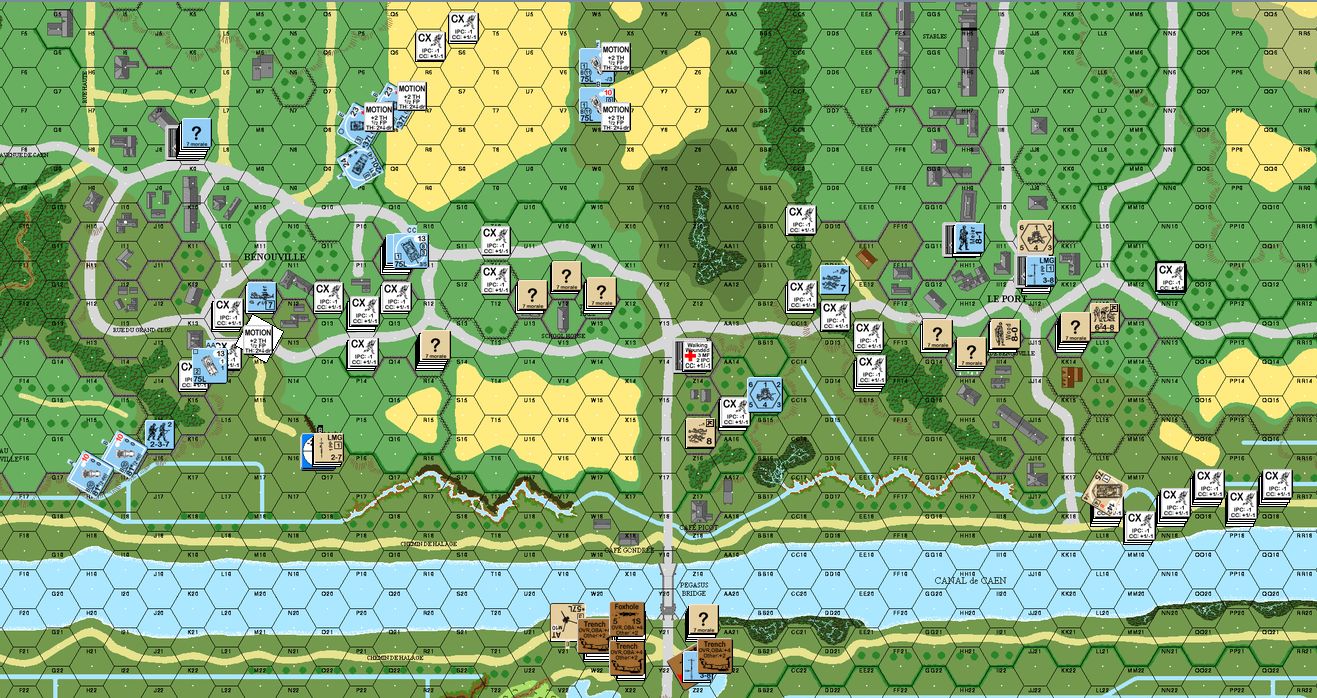 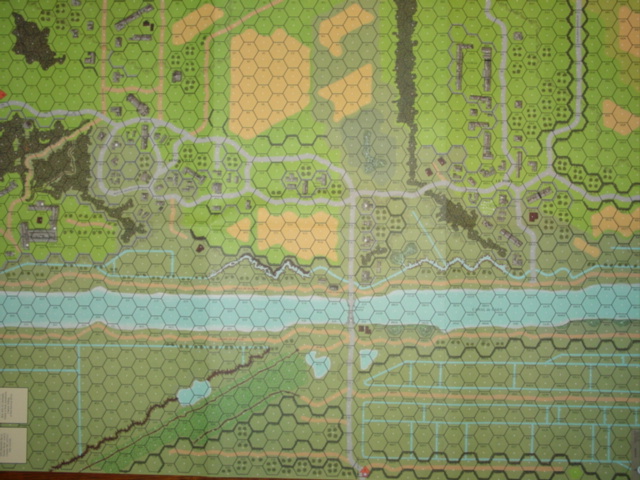