The 8th Canadian Infantry Brigade was given the task of opening up the approaches to the Calcar-Udem escarpment. At 0830 hours on 26 February the Regiment de la Chaudiere surge into battle. Fifteen minutes later, the third battalion of the 8th Canadian Infantry Brigade, the North Shore Regiment moved out. Keppeln, the North Shore objective, was just another farming hamlet on the Calcar-Udem road. From aerial photographs and intelligence reports Keppeln appeared undefended. However, 45 minutes after the Canadians' advance had begun , the German Paratroopers in Keppeln opened fire as the Canadians crossed an open area about 500 yards in front of the hamlet. The Canadians suffering heavy casualties from the German Machine-guns, tanks and 88s withdrew. At 1415 hours a new attack was launched by a tank-cum-infantry force made up of 42 men of Lt. Harry Nutter's North Shore Platoon, riding atop 13 tanks of Major John Powell's C Squadron, First Hussar Regiment. Following closely behind was A and B Companies and the Flame Section of the Carrier Platoon of the North Shore Regiment.....
Attacker: Canadian (North Shore Regiment & C Sqn, First Hussars Regiment)
Defender: German (Fallschirmjäger Division 6) 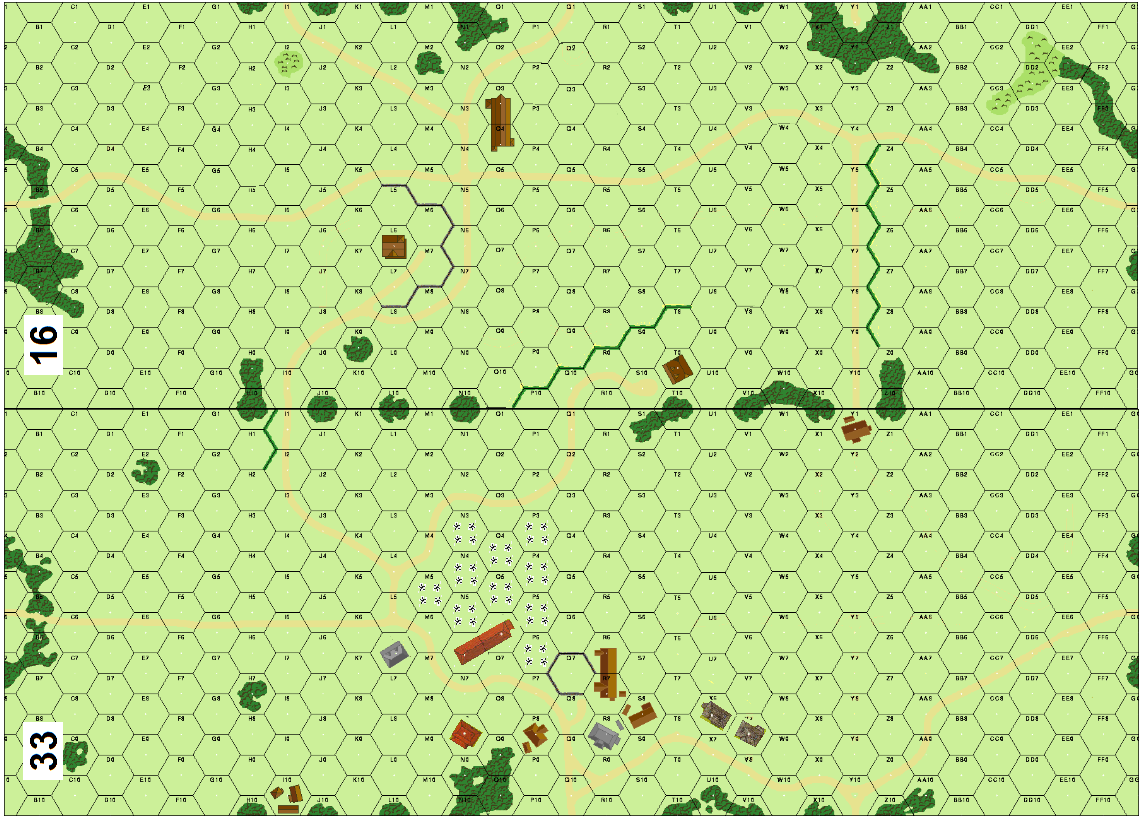 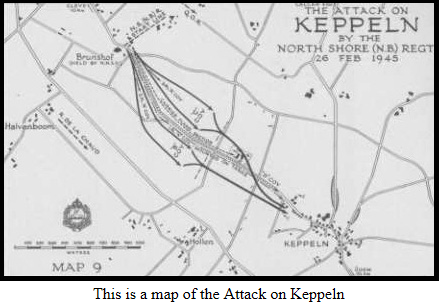