The Afrika Korps was well into the ‘Second’ Battle of El Alamein, the British offensive to free North Africa of the Axis. Montgomery’s pressure forced Rommel to send his mobile reserves north, toward the coast. The resulting depletion of German forces from the central and southern sectors was noticed by the British command. Those sectors were left, in the main, in the hands of Italian troops, lacking even the usual ‘corset lacing’ of German troops intermingled among Mussolini’s soldiers. The second phase of Montgomery’s plan, codenamed Operation ‘Supercharge’, was aimed directly at exploiting this perceived Axis weakness, specifically striking at a junction between German and Italian lines. At 0100 hours on 2 November the attack began as the 9th Armored Brigade rumbled forward in the darkness. Numerous enemy positions were overrun in the darkness but dawn found the Brigade in front of an impressive and heretofore unknown German Pakfront of AT weapons. The German gunners laid in heavy fire and the 9th Brigade was quickly reduced to 19 of its original 123 tanks. Hardly a disaster for British arms, the sacrifice cleared the path for follow-on forces that quickly turned the tide for the British. Before the attack Montgomery had told Brigadier Currie of the 9th that he was prepared to accept 100% casualties to accomplish a breakthrough....
Attacker: British (Elements of the Royal Wiltshire Yeomanry, 9th Armored Brigade)
Defender: German / Italian (German and Italian Pakfront elements and elements of the 21st Panzer Division) 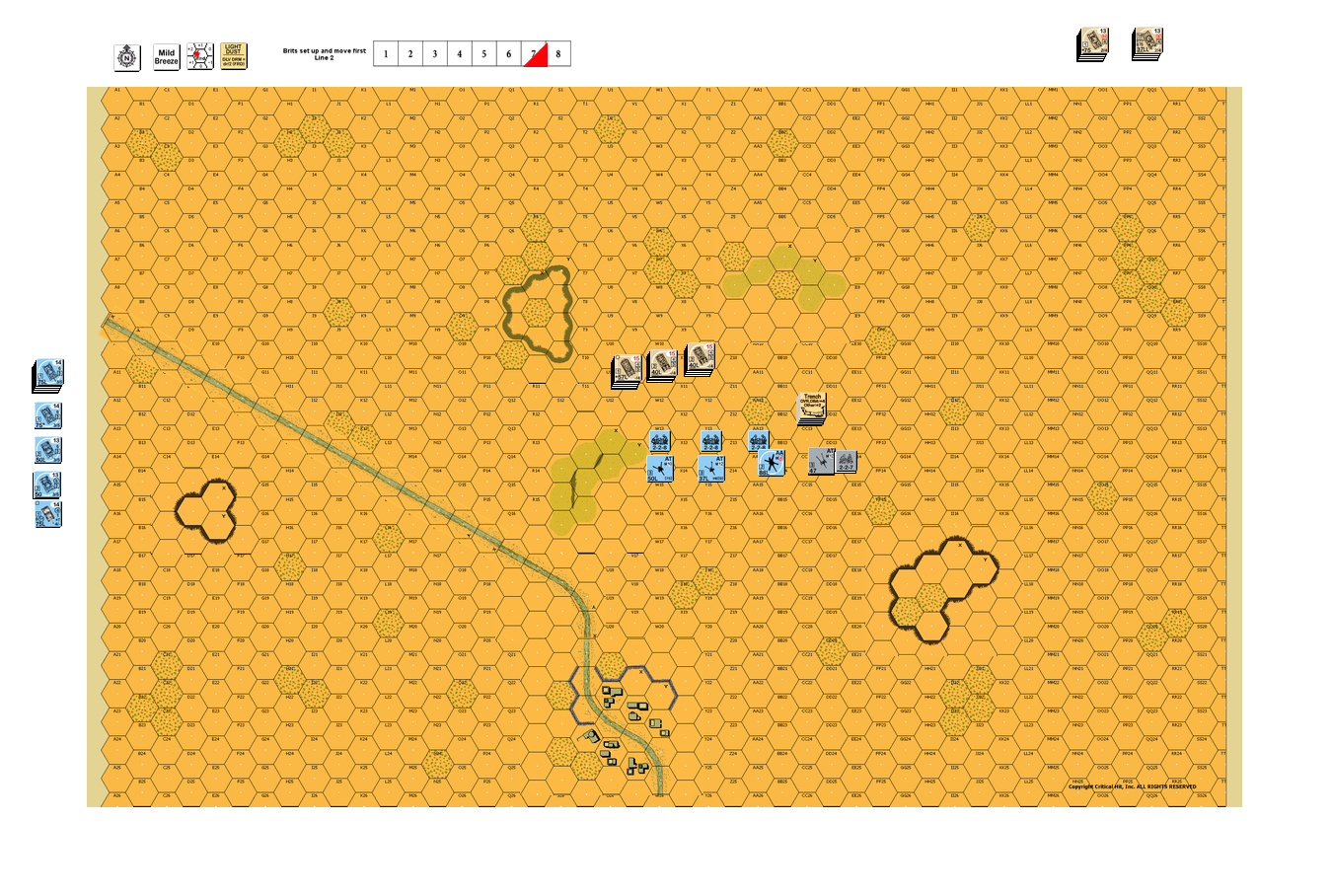 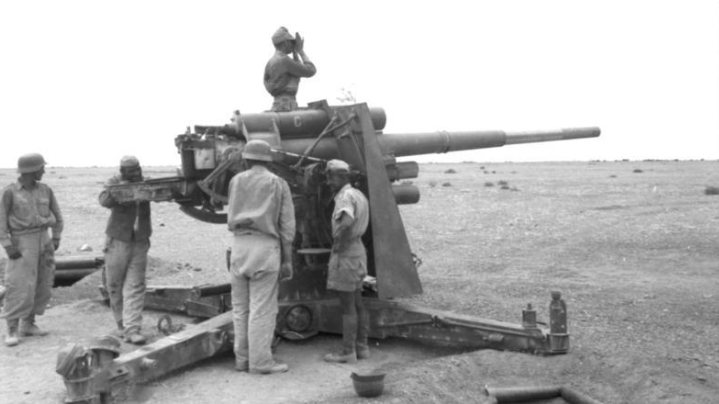