The "Gazala Line" was a series of occupied "boxes" each of brigade strength set out across the desert with minefields and wire watched by regular patrols between the boxes. The Free French were to the south at the Bir Hakeim box. The line was not equally staffed with a greater number of troops covering the coast leaving the south less protected. By late May Rommel was ready. Facing him on the Gazala defences were 1st South African Division, nearest the coast, 50th (Northumbrian) Infantry Division (on their left) and 1st Free French Brigade furthest left at Bir Hakeim. The British 1st and 7th Armoured divisions waited behind the main line as a mobile counter-attacking force while 2nd South African Division formed a garrison at Tobruk and 5th Indian Infantry Division (which had arrived in April to relieve 4th Indian Infantry Division) were held in reserve. The 150th Infantry Brigade position at the start of the battle can be seen in the map (right). For almost 72 hours (29–31 May 1942) during the battle the 150th Brigade and the 44th Royal Tank Regiment held out against Erwin Rommel's concentrated attacks, without any support. On 1 June, the German Army finally forced their surrender.
Attacker: German (104th Panzer Grenadier Regiment and 21st Panzer Division)
Defender: British (5th Green Howards, 150th Brigade) 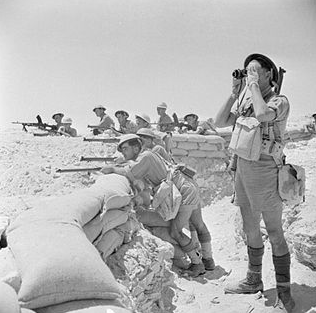 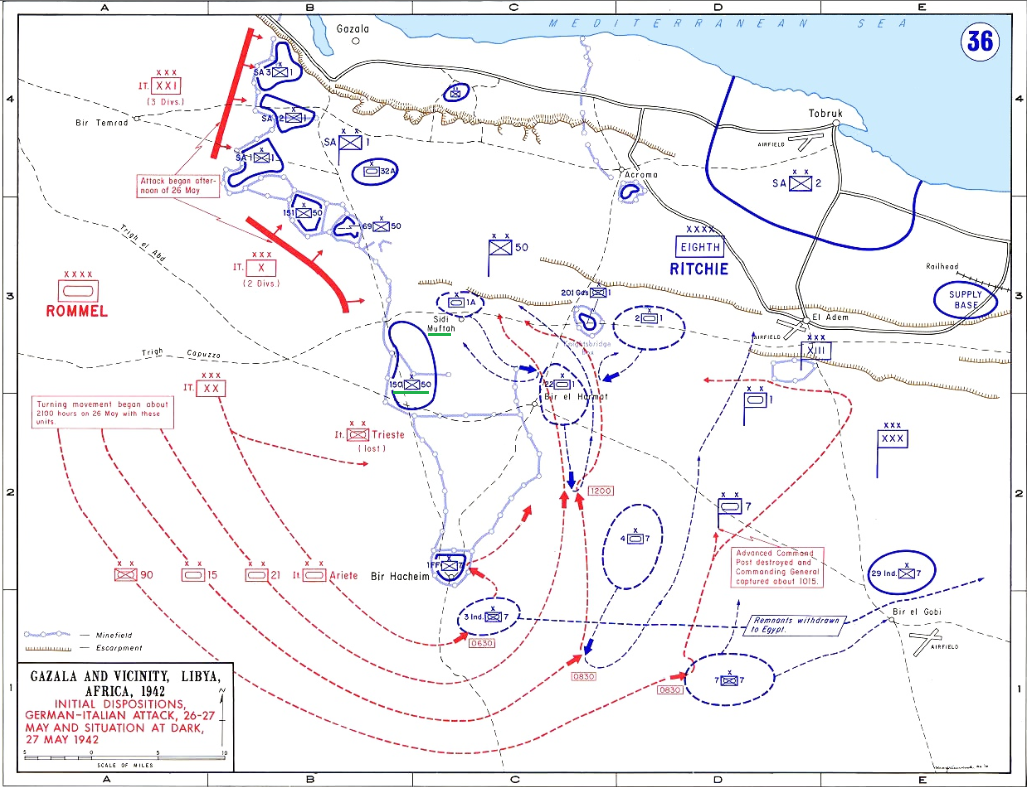