West of the Maleme area was the small port town of Kastelli. Defending Kastelli were elements of the 1st Greek Regiment, a unit that was both ill-trained and ill-equipped; for instance, for support weapons it had only two antiquated WW1 model machineguns that were prone to malfunction. The Greek regiment was deployed in two battalions, with ‘A’ Battalion east of town and ‘B’ Battalion to the west. In Kastelli was the mobile reserve comprised of well-armed Cretan Gendarmerie, along with a detachment of New Zealand military advisors. Commanded by Major Thomas Bedding, the small force of New Zealand advisors were tasked with training the Greeks. From the German point of view, though located in a remote part of Crete west of the Maleme area, Kastelli was nonetheless targeted as one of the objectives in the opening phase of Operation Merkur. Commanded by Lt. Peter Mürbe, a reinforced detachment of 73 Fallschirmjäger from the 6th Kompanie of the 2nd Assault Battalion was to seize the town of Kastelli, if possible; otherwise they were to secure positions on the nearby hills.
Attacker: German (6. Kompanie, Batalillon II., Luftlande-Sturm Regiment 1.)
Defender: Greek / New Zealand (1st Greek Regiment, New Zealand Military Advisors) 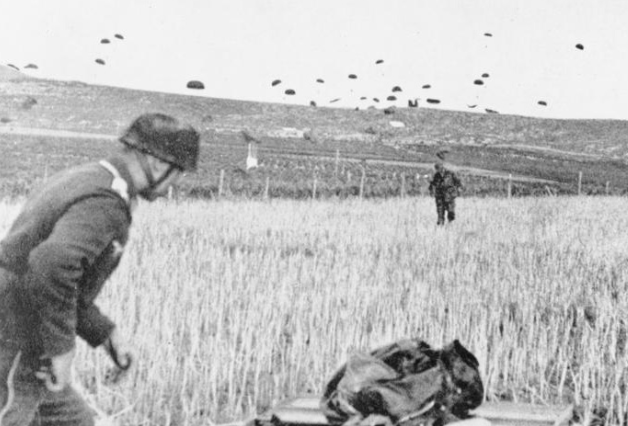