Following early successes in the landing at Guam, the Marines of the 3rd Division found their bridgehead under attack by units of the Japanese 29th Infantry Division. At about 0400, the Japanese troops poured down the slopes along the Mount Tenjo Road in a frenzied banzai attack, which struck the area of the 21st Marines. The human wave struck hard against the 3rd Battalion which was holding a front of some 9,000 yards at the time, and it was thinnest from the right of the 21st Marines to the left of the 9th Marines. Much of that line was only outposted. Many of the Japanese got through the weakly manned gap between the battalions. They charged pell-mell into the tanks, artillery, and ammunition and supply dumps. The attack shattered the hastily erected Marine roadblock between the battalions and headed towards the Hospital and Battalion Command Tents near the beach.
Attacker: Japanese (29th Infantry Division)
Defender: American (USMC) (3rd Division, 21st Marines) 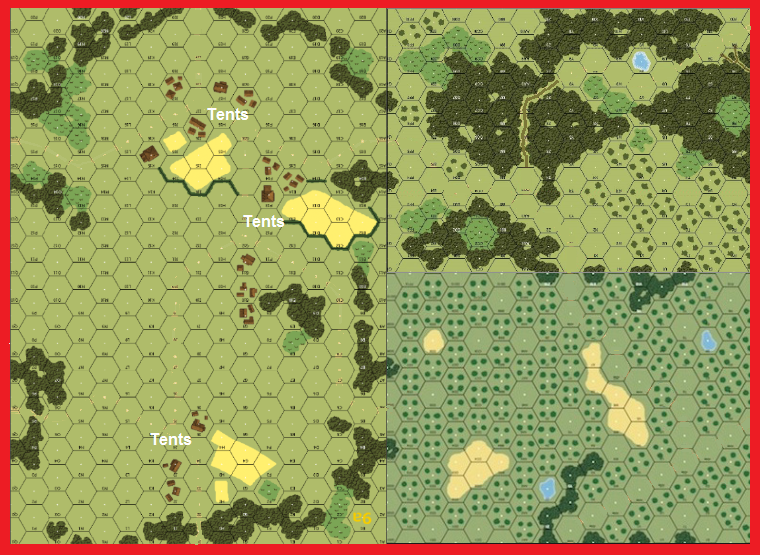 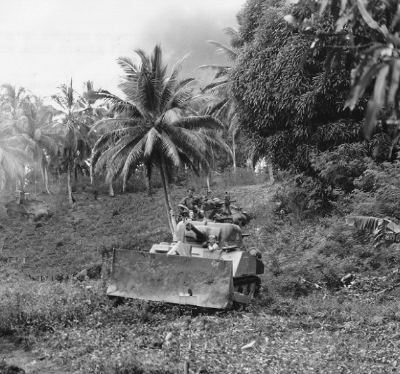 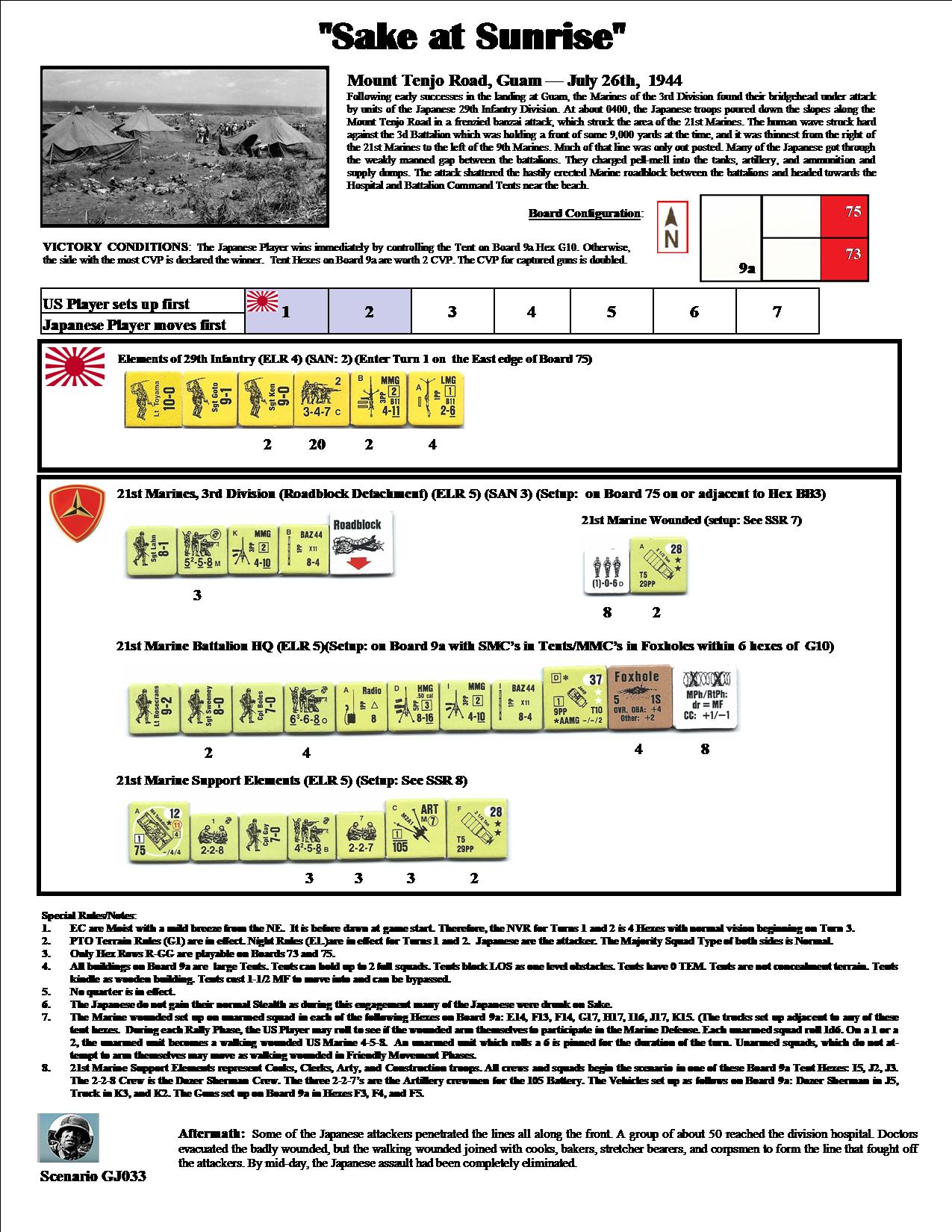