Following the fall of Narva, the 3rd Baltic Front of Ivan Maslennikov would swing around Lake Peipus as part of the Tartu Offensive, whose primary objective was the destruction of the German 18th Army. German resistance would consist of scattered strongpoints which were often encircled by the hard marching Soviet forces of the 42nd Army. On August 26th, an isolated , mixed force of Germans with a pair of howitzers and mounted AA guns would be encircled near Haage, to the southwest of Tartu (Dorpat). A frantic call for help would be answered by elements of SS Panzer Aufklaerungs Abteilung 11 "Nordland". This veteran recon formation would find itself called to act as a mobile fire brigade through August as the Russians stormed into Estonia.
Attacker: Russian (Soviet 42nd Army)
Defender: German / German (SS) (Remnants 18th Army and Company B, 11th SS Panzer Aufklaerungs-Abeilung 11 "Nordland") 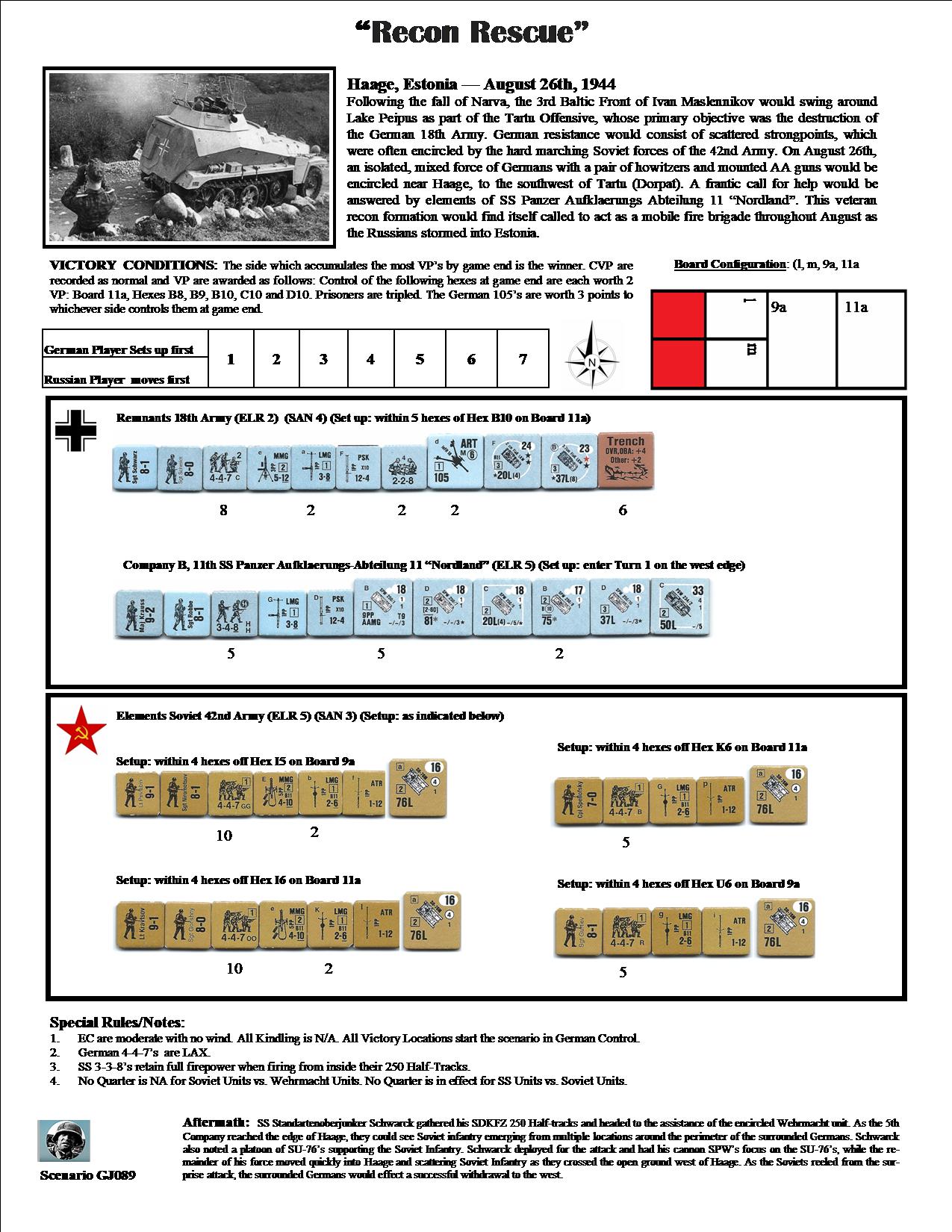