The paratroop landings on Sicily were scattered some 25 miles from the target and confused. Nonetheless, the 82nd Airborne was a thorn in the Germans' side with their continuous ambushes on coastal defenses, rear area units and communications. On the morning of July 11th, Gavin found himself in a position to strike the rear of the German counterattack on the Gela beachhead.
Attacker: German (XV Panzer Grenadier Division)
Defender: American (505th Regimental Combat Team) 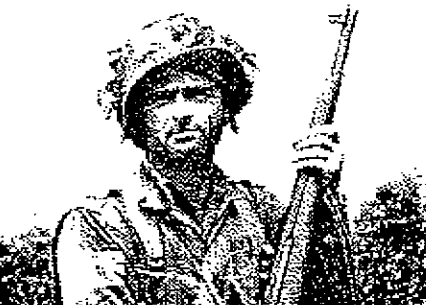